When Tour De France Race Director Christian Prudhomme “dismissed the idea of a women’s race with the swat of his hand,” I was outraged. So were over 90,000 others. Ironman World Champion Chrissie Wellington; Emma Pooley, Great Britain Olympian & World Champion Cyclist; Kathryn Bertine, Scandinavian National Champion Cyclist & Filmmaker, and Marianne Vos, NED World & Olympic Champion Cyclist created a change.org petition urging Prudhomme to include a women’s race in the 2014 tour.  From the beginning of history, we’ve seen women excluded from Olympic games to marathons, but we’ve changed all of that. It’s time to change the Tour De France. Please sign today. As Susan B. Anthony once said, “bicycling has done more to emancipate women that anything else in the world.”  Indeed, it has. 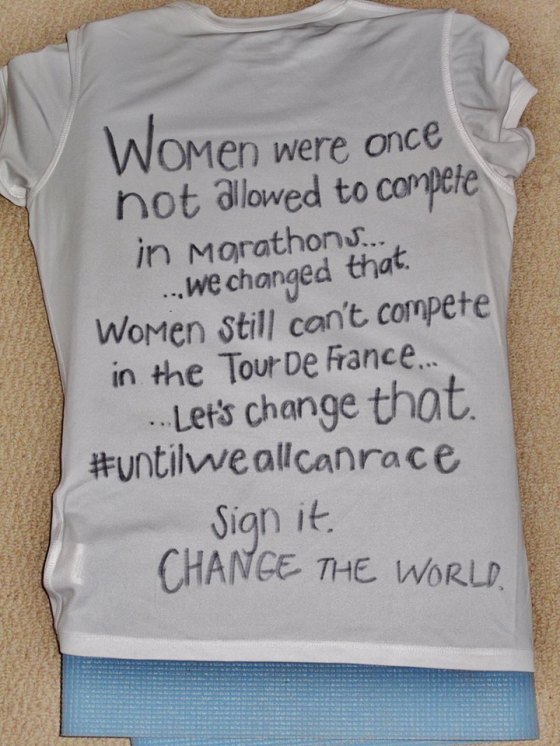